How to set up and prepare to take photography into the night club relm.

So now I put it to the test with a twist

My twist was my business partner knows a night club owner who wanted to promote There club on Saturday night. So this was my ticket in.

Having never photographed a night club shoot before everything was a learning curve. However basic night shooting I was familiar with so I had a heads up on what to expect. Equipment is something that you will need strobe lighting for setting a booth, & speed lights for the action shots.

We arrived about a hour before the doors opened to have a good set up and to test the lighting . The set up took about 20 minutes which comprised of two strobe lamps, with light stands and silver umbrellas. And not forgetting the all important Duct tape to tie down the cable to the floor to prevent a trip hazard.

We found a great location which was prior to the main doors of the night club hall which was great as everyone could see us clearly before going in.

Be prepared & some things to consider.

Remember business cards I found we handed out almost a whole box of business cards to all the people we photographed. So you can imagine it is several hundred people.

Even though you tape your cables down with duct tape it’s also worth noting that it’s good practice to tie cables around your light stands. As they can get caught with bags & people. And remember people become a little unsteady on there feet a little later on. Fortunately I had with me a good supply of think tank red whips, which are elasticated cords that are like tie backs perfect for tying your cables to light stands.

Make sure you pick a good spot somewhere where people will see you. Just inside the entrance maybe as once they have had a few drinks they will remember you and come back to you later.

I was considering a backdrop but was advised that this would be trashed so I opted out and went for shooting against the night club walled which works well as it’s less equipment to bring along and set up.

give yourself enough room to have a good set up never pick an area that you cant move about in.

The night club shoot we did was a themed event as you will see below. So a little sales trick is to ask people passing in costume if they would like they photo taken. They are much more likely to agree as they either hired the costume or chances are they wont do this particular theme again for a while. So to have the chance of seeing themselves and friends in the full gear is a good chance to grab them.

What to expect at the start.

Be prepared to wait around for an hour or so, people will be slow at arriving. They will not be fully in the mood for having there photos taken straight away.

It goes without saying that once they have a few drinks washing around them they will be back. At a couple of points they were queuing to have there picture taken.

It helps when other people see what’s going on and want to get involved to.

Sometimes you may even be approached by staff who also want there photo taken which is great. As you can ask them to encourage people to come along to you for there photos.

Get quests involved in the shoot show them the images from the back of the camera.

Was simple we instructed the people photographed that we would give them a business card and that the photos will be posted on facebook. Not forgetting to get them to tag themselves and have the opportunity to purchase. Most people asked straight away how much it would be to purchase them.

So the backup camera I mentioned earlier as well as being a backup, I also wanted to get in on the floor action. Even though this is not every photographers cup of tea, however the night club lighting was something to be scene so I wanted to capture that while i had the chance.

I brought a flash speed light along with me as well just in case, even though I did not use it much. I set my camera to manual mode and shutter speed of approx: 1/4 sec. Iso between 500-1200 F/stop between 4-8 hand held I knew I would expect some camera shake but just a little. This was enough to capture the entire mood of the floor being a large area. It worked out very well, Composition was capturing the circular shape of the entire hall and lighting, after this I moved around quite freely. Even though there was several hundred people around capturing various floor shots and people having a good time. Catching peoples eye is key to reminding them that you are there photographing. They will be reminded to hopefully stop by a little later.

Once the night really got going we photographed many many people, everyone has a great time. It is definitely an experience to remember and I am looking forward to the next one.

Good luck and let us know how you get on

Pre-book your 2021 wedding photography with

Proposing During the festive season.

Pre-book a engagement shoot, something special for the both of you.

Location shoot with special meaning and 20 digital downloads of your choice.

For details contact me right here for more information and pre-bookings. 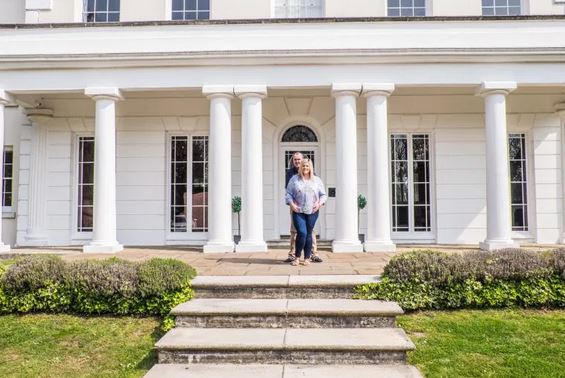